This webpage contains datasets and supplementary information for the following paper:

This dataset comprises images of major flood events and is suitable for evaluating interactive image retrieval systems, where a user searches for images that are useful to derive a certain type of information. All images have hence been annotated regarding their relevance with respect to a certain set of tasks. For some images, bounding boxes around important regions are provided as well. 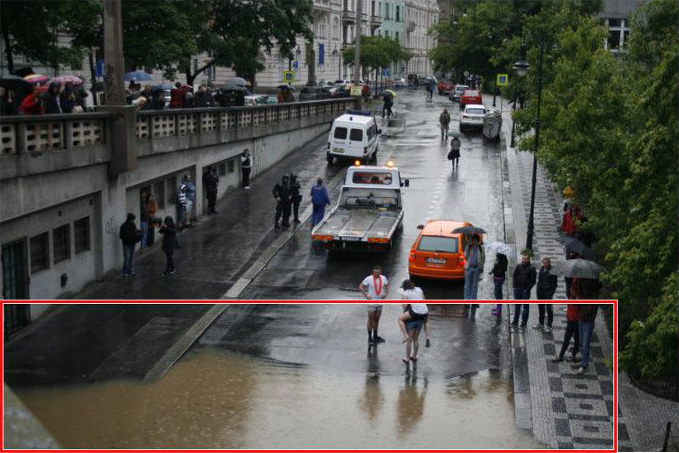 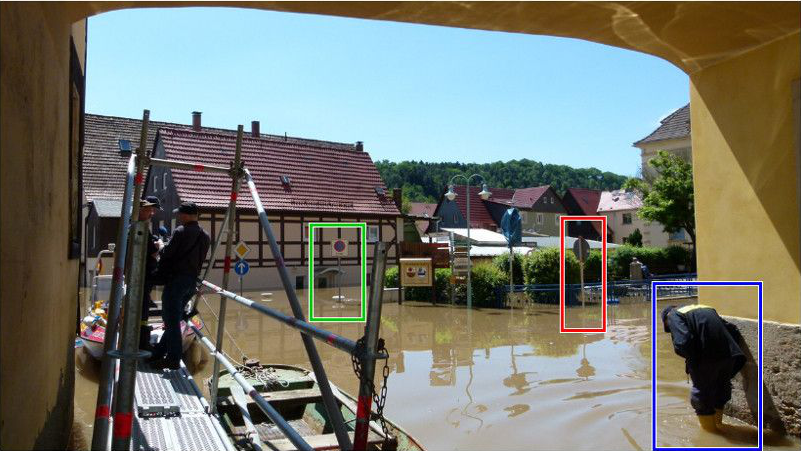 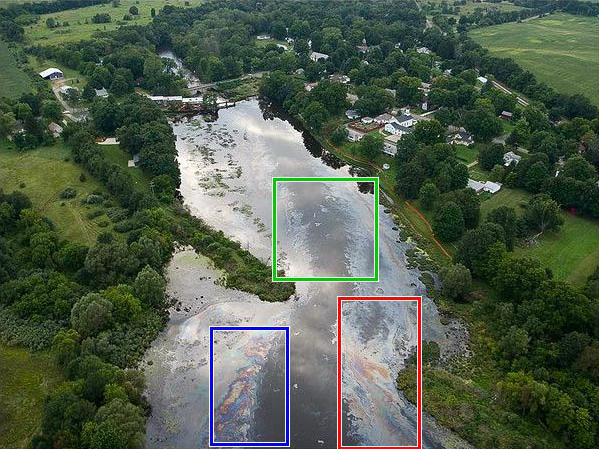 Three information objectives have been defined for this dataset:

All images in the dataset have been annotated by hydrologists regarding their relevance for each of these three tasks. Naturally, each image can be relevant for more than one or even no task at all. The following Venn diagram illustrates the number of images assigned to each task: 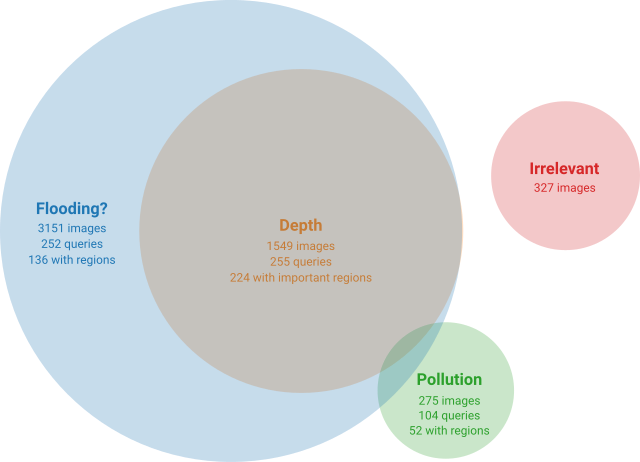 The majority of the 3,710 images in the dataset relate to the central European floods in May/June 2013 and have been fetched in July 2017 from the Wikimedia Commons Category “Central Europe floods, May/June 2013” and its sub-categories, excluding the category “Transport during 2013 Vltava flood in Prague”, which is related to public transportation during the flood, but does not actually show flooding. A total of 3,435 images come from this source, 890 of them containing metadata about the geographical location where the photo has been taken.

As can be seen from the following map, the majority of images for which geolocation information is available are located in the areas of Dresden (Germany) and Prague (Czech Republic). 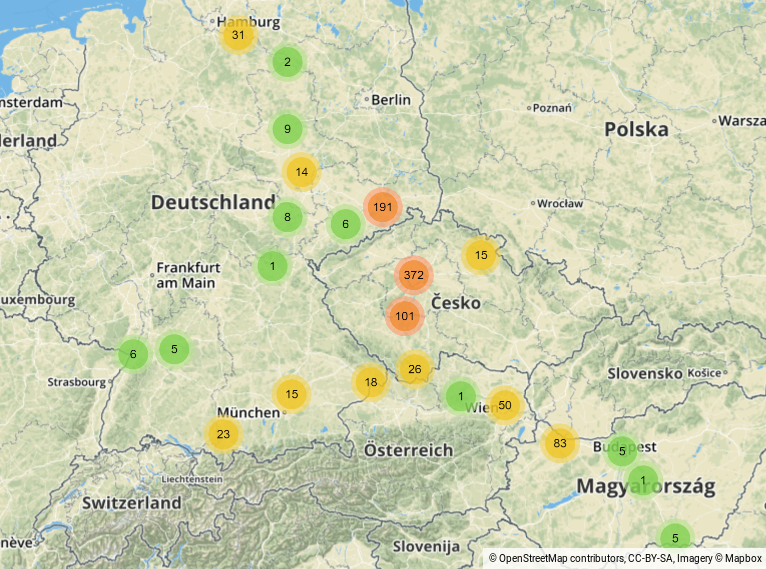 275 additional images showing water pollution have been harvested manually by querying online image search engines for the major oil spill events of the past few years.