Data is ubiquitous in climate and ecosystems sciences. Despite the abundance of data to process, data science has not had a considerable impact on research for a better understanding of the complex dynamics of climate-ecosystem exchange. Accurate modeling of such dynamics is necessary for attribution of climate change, prediction of future data, as well as for planning future actions. Ecological processes exhibit variation over different spatial and temporal scales. Over at least some scales, these processes are nonlinear with possible unobserved causes/confounders. 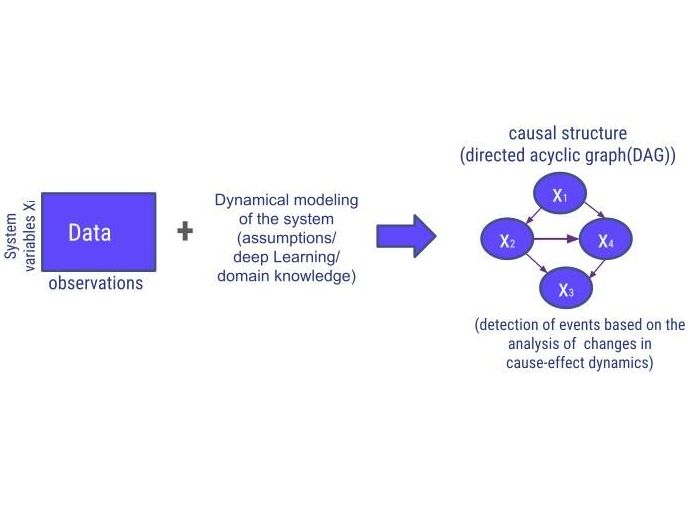 Probabilistic graphical state-space models (SSMs) are a rich framework for learning since they can deal with our imperfect knowledge of the world and explicitly take into account the uncertainty in the observations. Deep SSMs combine the interpretability and uncertainty representation of SSMs with the ability of deep learning models in learning complex dependency patterns in high dimensional data. In this project we aim to develop Deep SSMs methods for modelling the nonlinear dynamics of the climate-ecosystem exchange system. Using the current advances in causal inference theory, we also aim to build on the obtained dynamical system to examine the causal-effect interaction patterns between its subsystems (different pairs of its variables) on multiple time scales. It is anticipated that understanding the information flow in such subsystems will not only lead to a robust attribution of the detected changes, but such knowledge is also critical for improved prediction of climate extremes when compared to statistical association methods. 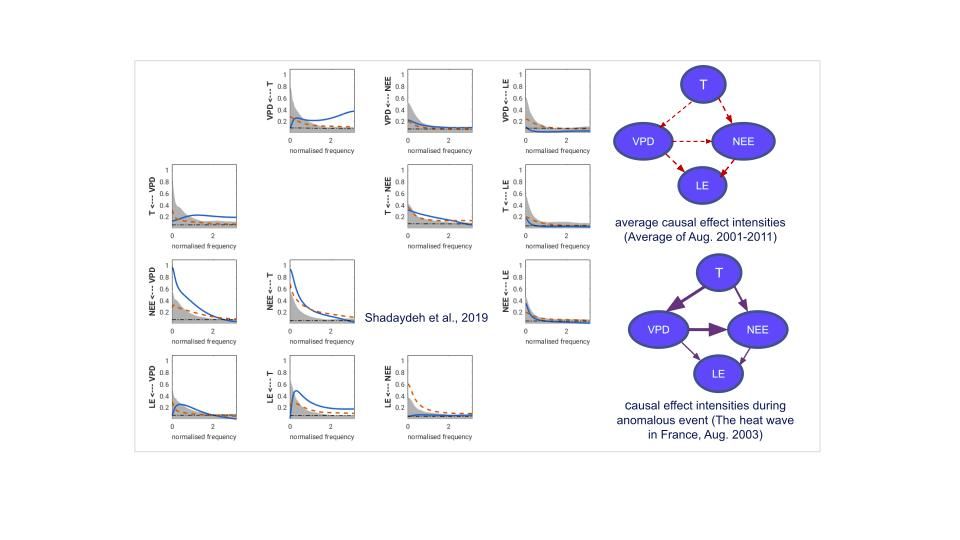